With Blu Wireless’s three-year involvement in 5G-PICTURE edging towards completion, we spoke to Programme Manager, Richard Graham and Principal System Architect, Peter Legg about our role in the project, new developments and key findings.

RG: As an Horizon 2020 project funded by the EU, 5G-PICTURE is extending the scope of 5G-XHaul – an integrated city-wide testbed in Bristol, focused on creating a “converged optical and wireless network solution able to flexibly connect Small Cells to the core network.”

PL: It’s worth adding that disaggregation – essentially having the function to split effectively across numerous nodes, rather than having big monolithic network nodes – is seen as crucial to enabling this step change.

How are Blu Wireless involved?

Blu Wireless is providing the key technology, including the wireless backhaul from the train to the trackside. To do this, we’ll be installing mmWave units at both ends of a commuter train in Barcelona and nodes on the trackside.

RG: The core objectives of our project are A) to provide high-speed WIFI to train passengers and B) to provide real-time, HD CCTV from trains to HQ, benefiting train operators. To achieve this, we’re leveraging the unlicensed spectrum (60-62 GHz) which enables massive multi-gigabit per second throughput.

What’s the status of the project?

RG: Having completed our train installations, trackside installations are next on the agenda before we begin to prepare for a demonstration to the European Commission mid-November. There, representatives will be testing the WIFI and the CCTV.

How significant has Blu Wireless’s involvement in the 5G-PICTURE project been?

RG: Commercially, it’s a great project for us to be involved in and has plenty of synergy with our ongoing projects. We are already working with FirstGroup to power a step change in commuter connectivity and 5G-PICTURE reflects a really significant expansion of that.

PL: From a technical perspective too, we’ve developed the IEEE 1588 protocol directly as part of 5G-PICTURE. This protocol synchronises clocks to base stations across a network, making advanced coordination with Small Cells much simpler and more accurate.

RG: Overall, it’s been a really successful project involving lots of meticulous planning and intensive collaboration with European industry partners. Now, it’s great to see that come together as we move towards deploying our tech once more in a real-world environment.

This article was written by... 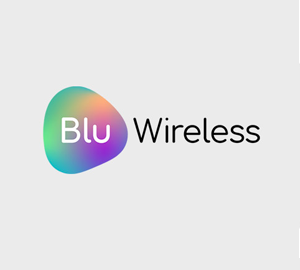 Our leading mmWave wireless technology empowers our partners to innovate through 5G connectivity.